Does your sanitiser guarantee your protection against SARS-CoV-2? 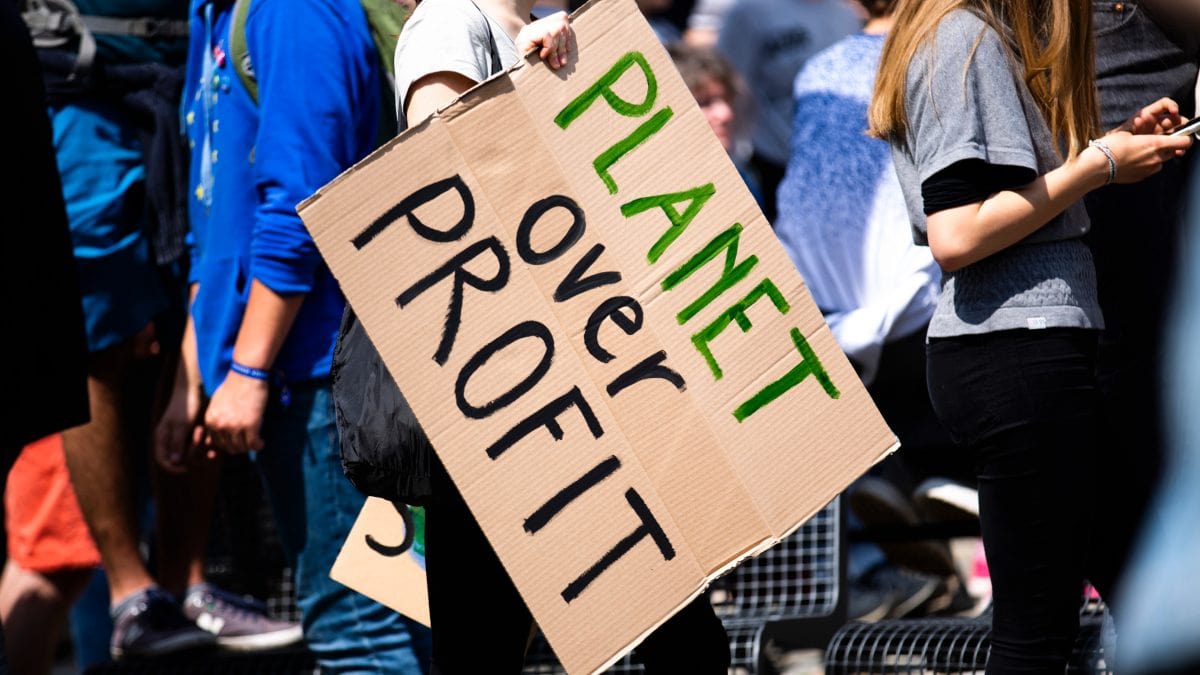 When BlackRock, Inc’s, Chief Larry Fink speaks, boardrooms worldwide shake. As the world’s largest asset manager, with $8.67 trillion in assets currently under management, his word is gospel and corporates have no choice but to listen.

His utterances in his 2021 annual letter to CEO’s which to quote a recent column, ‘drives the conversation inside corporate America’s boardrooms for years’ includes a strong message that companies “must have a purpose beyond profit.” This preceded the Business Roundtable’s statement on stakeholder capitalism, and Fink’s call for corporate climate disclosures. The Business Roundtable comprises the CEO’s of leading US companies, representing every sector of the economy from retail, agriculture to banking and more, including such names as Jeff Bezos. These companies responded by pledging to make their mark on climate change, not just in name but by real action.

What climate change means in SA

Whilst this week Cyclone Eloise didn’t do quite as much damage as Cyclones Idai and Kenneth in early 2019, when for the first time in recorded history two strong tropical cyclones hit Mozambique within weeks, causing massive damage, further affecting Malawi and Zimbabwe, with the ultimate cost seeing millions homeless, crops destroyed and people’s livelihoods in tatters. The toll from Cyclone Eloise is still to be counted but there will be a price to pay, not just in Mozambique but in many parts of South Africa where tropical storms raged, washing away roads and bridges and so far claiming three lives. These are not random events and their frequency is no coincidence. Since February 2000 when Mozambique was hit by the devastating Clyclone Leon-Eline, it was hit again in 2007 by Cyclone Favio followed by Cyclone Jokwe in 2008.

As we’re seeing worldwide cyclones and severe weather events like these are increasing annually. The reason is now beyond doubt. Climate change bought about largely by global warming and in large part by a lack of interest from those responsible – corporate South Africa.

According to Burt Rodrigues, CEO of Biodx, “We need to clearly demonstrate our global position here in South Africa by actively doing business with clients who rehabilitate the earth, such as responsible mining companies who cleanse their waste matter before releasing it into our rivers and water systems. We want to stop dealing with companies who purposefully fool the official government inspectors time and time again.

By doing this we will be joining Larry Fink’s movement to deliver purpose/ impact before profit. Biodx is going to take the position that if like many mining, manufacturing and industrial companies, you’re not going to treat your waste effluent effectively and stop polluting the earth, there must be consequences against you. Companies leaders have to stop thinking of their businesses solely as financial resources – they are LIFE resources.

Fink not satisfied with pledges alone is asking companies to “disclose a plan for how their business model will be compatible with a net-zero economy.” He defines this as limiting global warming to 2 degrees Celsius above pre-industrial averages and eliminating net greenhouse gas emissions by 2050. And with such financial power Fink’s word holds a packed punch. Last year BlackRock voted against 69 companies and 64 directors for climate related reasons and put 191 companies ‘on watch’.

Whilst we don’t have the tools to monitor corporate SA in the same way, surely moral and ethical guidelines should count for something. “If South Africa is to be counted amongst countries that will be healthy going forward, we need to adopt an FDA type style accreditation, which means companies proactively showing responsible behaviour to meet regulatory compliance frameworks and not waiting to be ordered to do so,” concludes Rodrigues.