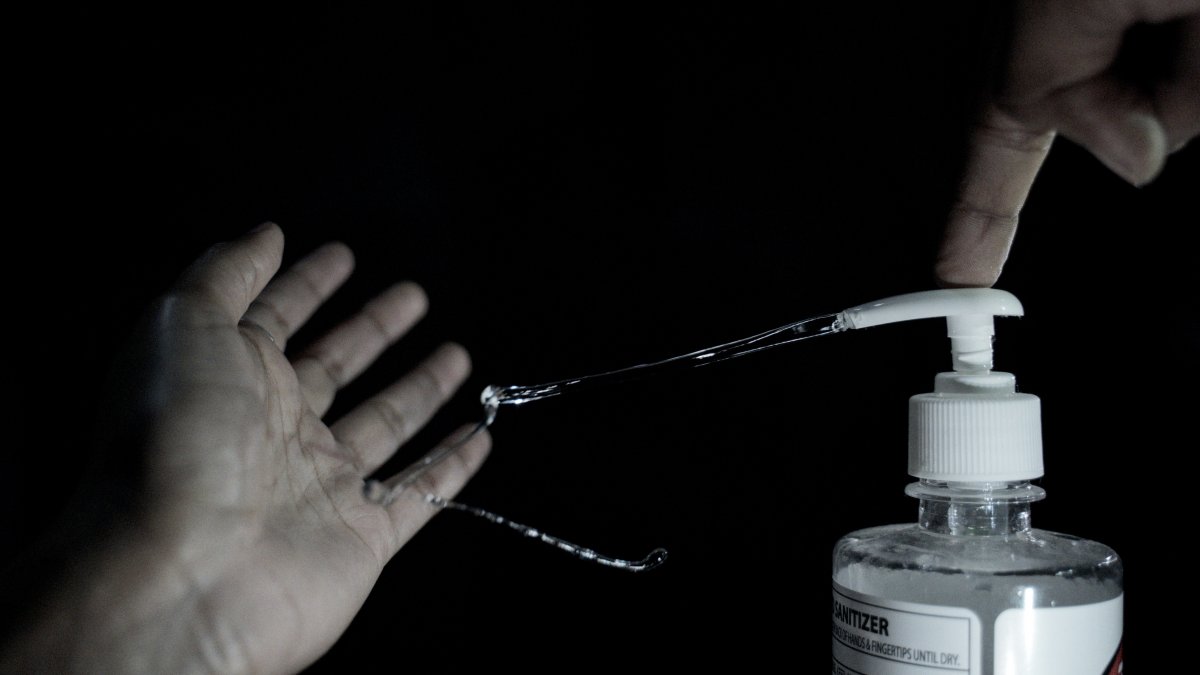 Be Safe When Sanitising

The latest research carried out by accredited laboratory SciCorp in KwaZulu-Natal has shown that out of 11 hand sanitisers, 9 bought from stores and 2 samples given out at the entrance to a mall or shop, 5 were found to be non-compliant. This means they didn’t contain the minimum 70 percent alcohol content, required by law.

What was particularly frightening to note was that labels on two of the products claimed to have 70% alcohol content, whilst in reality one had 46.3% ethanol and another, claiming to have 85% alcohol had 54.9% propanol.  In a recent report in Times Live SciCorp Laboratories’ business development director Adrian Barnard said, “Our biggest concern scientifically is what people are adding to products when there is less alcohol.”

This at a time when people’s very lives depend on trusting these sanitisers, not just to keep them free of Covid-19 but not to cause irreparable harm to their skin or health.  Many of these products were produced during the rush to get sanitisers to the retail market, often forgoing the rigorous and often lengthy testing procedures of the SABS and NRCS.

According to the NCBI (National Center for Biotechnology Information) there are two major types of skin reactions that could be caused by hand sanitising. Most common would be dryness, 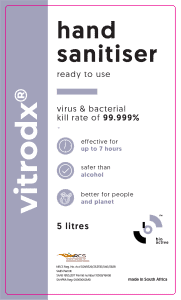 irritation, itching and even cracking and bleeding (irritant contact dermatitis) or a stronger allergic reaction to an ingredient in a particular product which could cause respiratory distress and even anaphylaxis.

According to Burt Rodrigues, CEO of Biodx “In any one day people are using hand sanitisers innumerable times without knowing just how many times that product is safe to use within that time frame. And that’s assuming it’s a safe product in the first place. With this in mind we’re currently developing an alcohol free, 99.999% kill rate hand sanitiser called vitrodx® hand with b bioactive™, which is not only safer than alcohol but effective for up to 7 hours. And like all our products has been developed not only to be kinder to human skin but also the planet.”

This is often the case when methanol, a type of toxic alcohol is used in these products confirms the CDC (Center for Disease Control), which can cause blindness and/or death when absorbed through the skin or when swallowed, and which recently resulted in several deaths in New Mexico. This has led to the FDA recalling products containing a significant amount of methanol, which doesn’t always appear on the label but is found after testing.

Tips from a respected dermatologist

According to leading Johannesburg dermatologist, Dr Selwyn Schwartz, by far the best and safest way to keep your skin safe and healthy is to rather wash with soap and water when you can. “If you have the option of using sanitiser or soap and water, then definitely choose the latter which will ensure you are moisturising as well as keeping the virus at bay. For some people who are in and out of buildings and shops where the only options are sanitisers they should try and wash with soap and water as soon as they can and then moisturise with hand cream.”

We asked Dr Schwartz if ‘all hand creams were equal’ and he replied, “Definitely not. You must use a thick cream, particularly before going to bed at night. The thicker the cream the more moisture it contains. Many products including aqueous cream contain lauryl sulfate which is a vanishing cream ingredient that dries skin out further instead of maintaining surface moisturiser.” 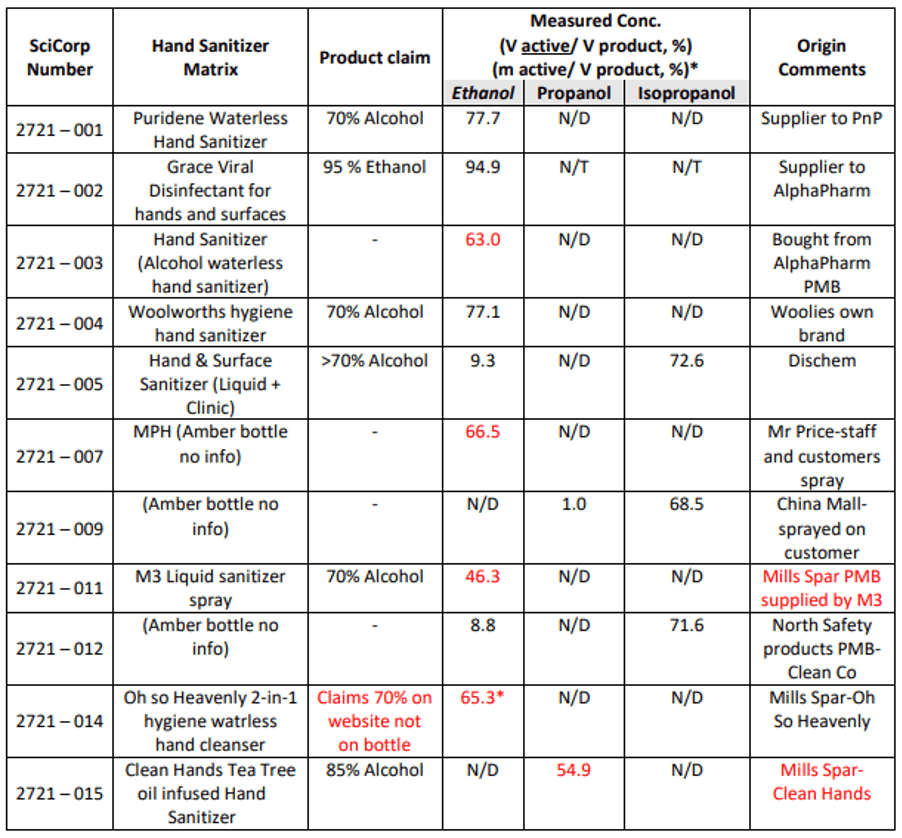