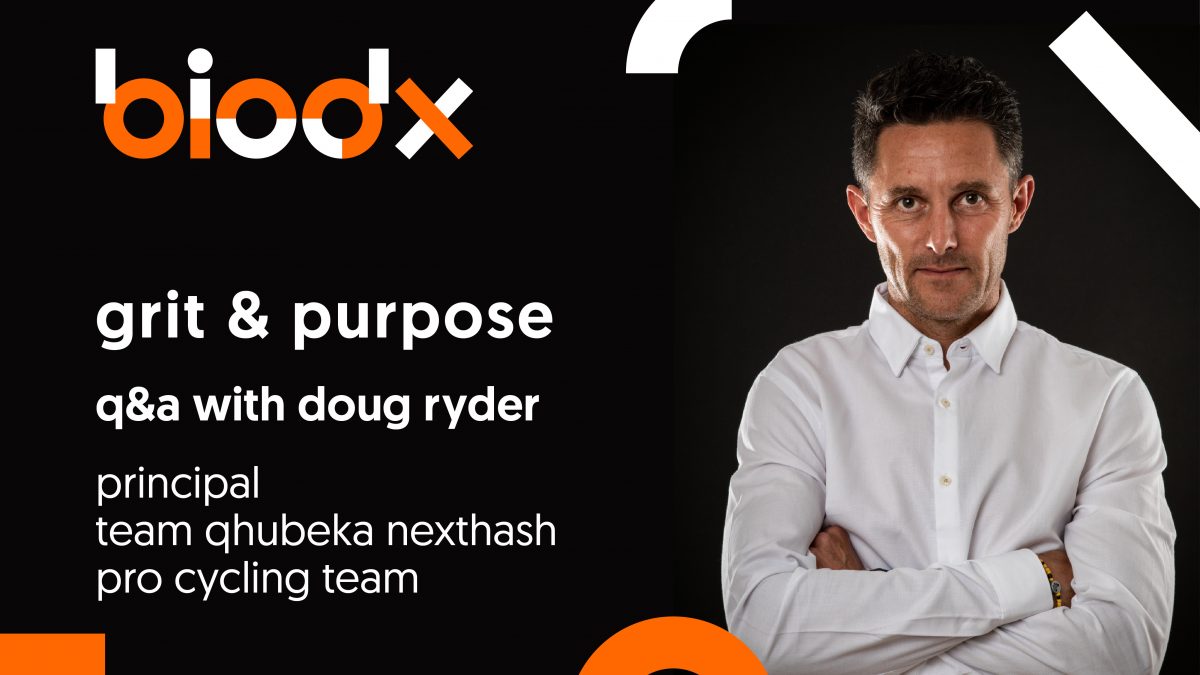 Breaking boundaries is nothing new for Doug Ryder, General Manager of Team Qhubeka NextHash and former professional and Olympic Cyclist. The team with Ryder behind it was founded in 2007, and by 2012 was registered as a Professional Continental team – a first for Africa. Since then there have been many firsts, such as the first registered African team to compete in the prestigious Tour de France in 2015 with the team since gaining world recognition 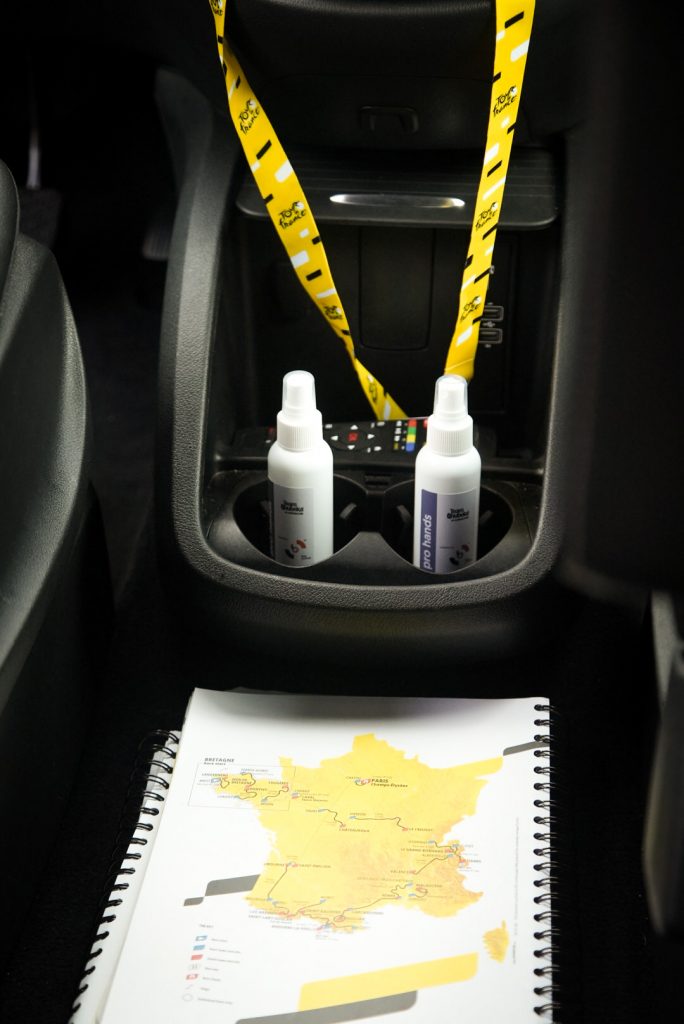 Is the Tour de France as hard as they say?

“This is our seventh Tour de France and it doesn’t get any easier, especially this year with a couple of major crashes already happening. But you have to take the good days with the bad and keep hope that tomorrow will be the day. People were criticising the fact that someone could get so close to the riders, as in the woman whose sign caused one of these really bad crashes, but that’s the beautiful thing about cycling – the intimacy of the fan base. This is what differentiates it from other sports. The amount of people who come out to cheer on the riders, as well as the world tv and online audience is amazing.”

How important is keeping the team healthy?

As General Manager of the team Ryder’s major responsibility is to ensure the team stay healthy and safe, particularly during the Covid pandemic. “The difference with cycling compared to other sports, where teams get to stay in one hotel near a stadium, is that during a race like the Tour de France we travel nearly 5,500 kms along with 4,500 other people, including security and fans all around you, breathing on you, so hygiene is paramount. Generally by the third week of a grand tour when the energy levels and immune systems are down you’ll see colds and flu but we saw a big difference already last year with the heightened awareness around Covid. People were acutely aware of mask wearing, sanitising, touching buttons of lifts with elbows – even to the point of not using fans’ pens to sign autographs.

How has Covid changed your routines?

“Every team has more advanced protocols than ever before. We’ve always used hand sanitisers when we boarded team buses but now it goes far further than that.”

This is where b bioactive™ comes in. By ensuring the team has the full range of Biodx’s disinfectants for hands, surfaces and space (vehicles, hotel rooms) based on Biodx’s active ingredient b bioactive™ the team now has extra protection 24/7. 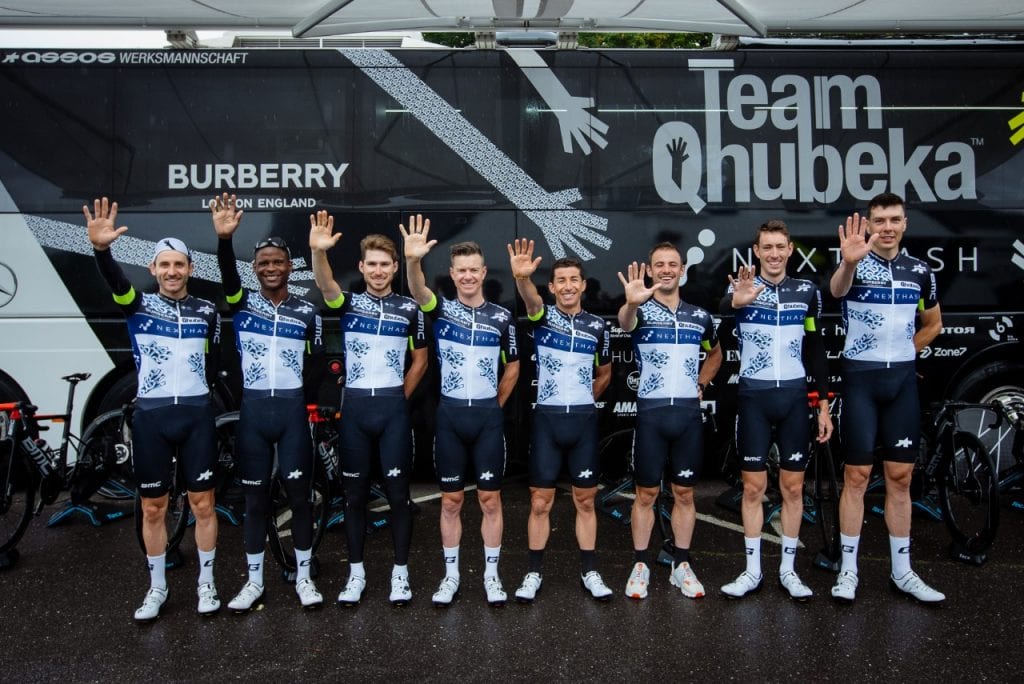 One for all and all for one

“This is vital for sport to exist right now. Even though we stay in our bubble we have to be extremely careful as if one person gets a positive Covid test they can kick our whole team out of the race. A team sport like ours is made up of brilliant individuals with a plan and a strategy, which includes not losing a single member of the team. The team take this discipline very seriously as their very livelihood depends on how they look after themselves and the whole team.”

“Another great motivation is that we’re mobilised to help kids with a bigger purpose through our Qhubeka charity – helping people in Africa to move forward with bikes. We may not have the size of the budgets of some of the other teams but we have our Ubuntu strategy – I am because we are. You can’t exist alone, only together and right now that comes down to your hygiene, health and wellness. These guys give up a lot, spending huge amounts of time away from home and families and by being aware of staying health we ensure we can race so we can give our sponsors coverage and importantly try to raise funds to put kids on bikes.” 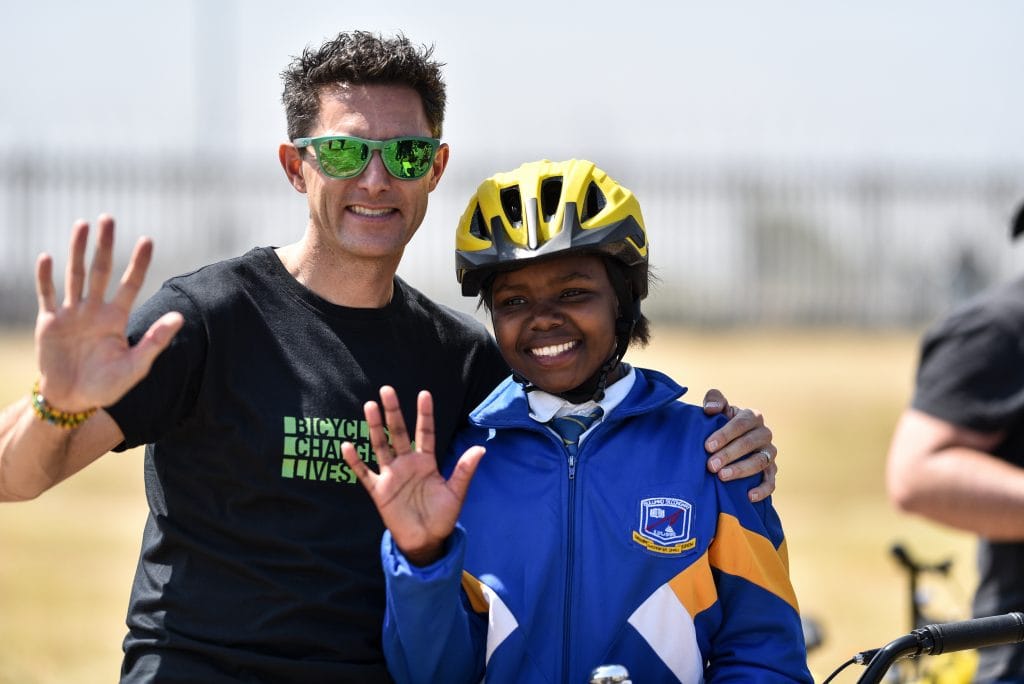 In Brest, at the start of this year’s Tour de France, Team Qhubeka NextHash launched the #QHandUp campaign to raise funds for 108 Qhubeka bicycles to honour the 108th edition of the Tour de France.

This year we’re calling on you to put your hand up for Team Qhubeka NextHash and Qhubeka. Our goal is to raise funding for 108 Qhubeka bicycles during Le Tour de France which will change the lives of 108 children in Africa.

To get the campaign underway, all eight participating team riders immediately committed to purchase a bicycle each; and now challenge all of our supporters and partners to get involved to continue to change lives with bicycles.

As part of the campaign, a special video has been released which can be viewed here.

It symbolises how we are all connected to one another – in the toughest sporting environment – through the lows and the incredible highs. The hand defines who we are: it is our purpose.

The hand is symbolic of the Qhubeka logo, illustrating that bicycle beneficiaries are receiving a hand up in their lives, and not a handout. The hands on our kit are a reminder of our fans and partners around the world, who continually support us through the good and bad times, showcasing the true meaning of Ubuntu- I am because we are.

Our partners continue make it possible for us to change lives with bicycles, as together we continue to move forward in effecting meaningful change in the world.

A Qhubeka beneficiary puts their hand-up to earn Qhubeka bicycles. people earn bicycles through qhubeka’s programmes, whether through planting trees, recycling or giving back to the community.

How to get involved